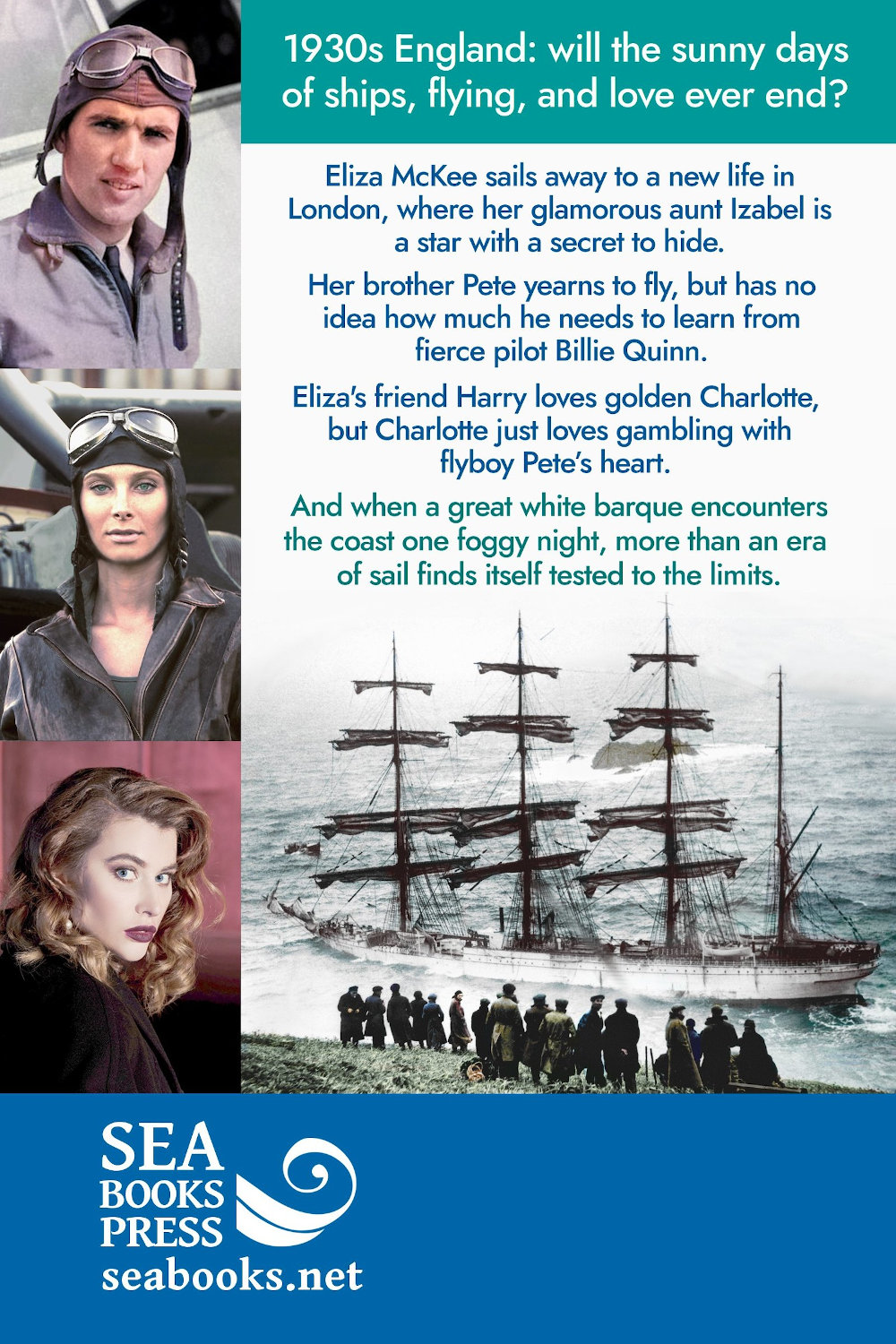 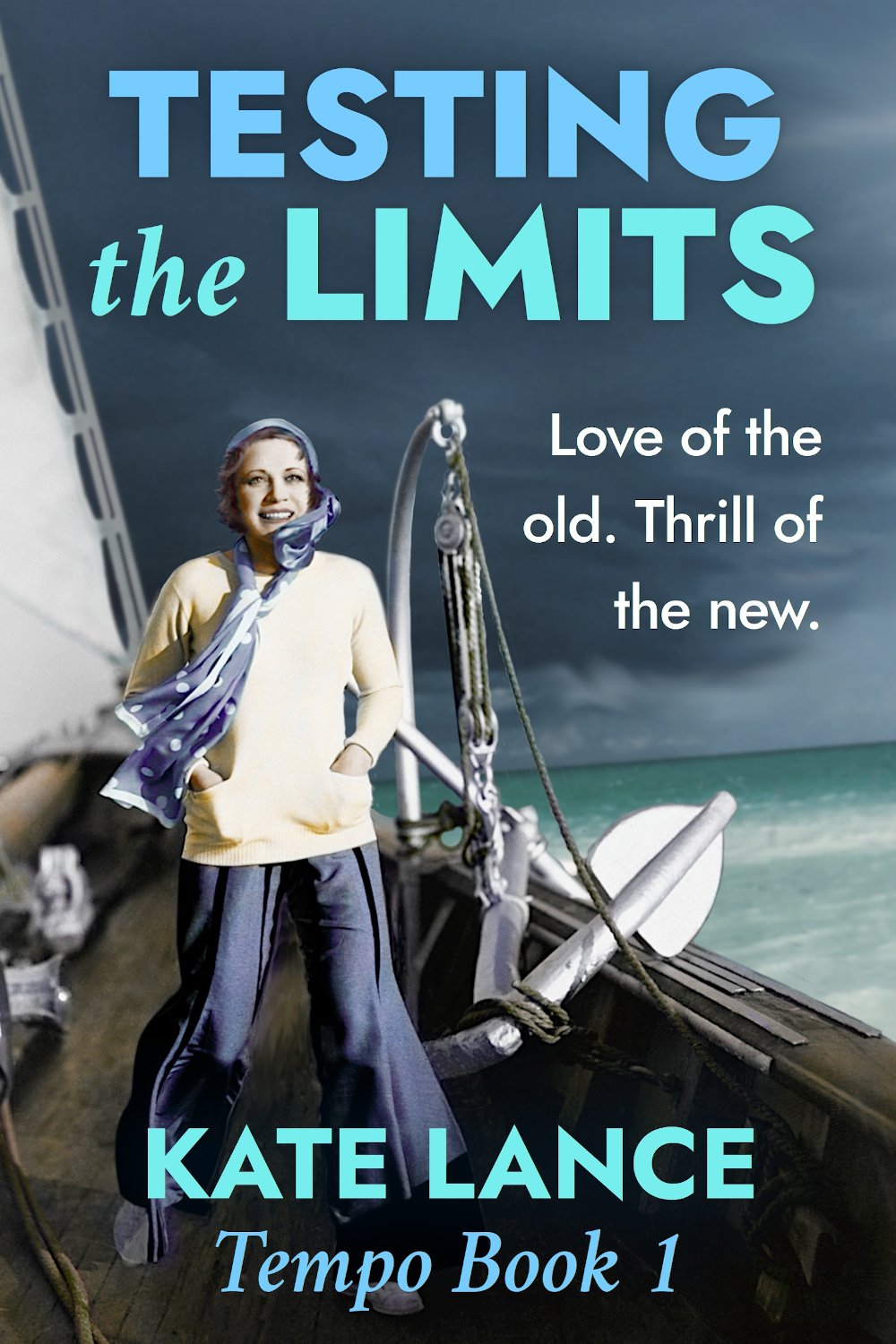 Testing the Limits is the first book of the Tempo trilogy. Each volume is narrated by four of the characters, who tell the story from their own points of view as it moves through time. It takes place between 1929 and 1936, and is set in Australia, England and Europe.

The dizzy nineteen-twenties are giving way to the apprehensive thirties, but for a group of friends discovering each other for the first time, it seems as if the lighthearted days of sailing, flying and love will never end.

Reserved 21-year-old Eliza McKee yearns to escape from boring Australia, and a passage as a deckhand on a deepwater sailing ship promises to take her to a new life in glamorous London. But when she meets the charming star of a talking film, it’s not quite the life she expects.

Pete, Eliza’s brother, can’t stand stupid old ships. He wants to fly, and pilot Billie Quinn can teach him. Pete calls her a sarcastic, scowling Amelia Earhart, but it’s Billie who knows how much Pete needs to learn.

Eliza’s actress aunt Izabel Peres, on the verge of Hollywood success, hides a family secret from the world. Then she falls for wounded lawyer Felix, with his dashing moustache and buccaneering smile; and a case of shellshock he believes is behind him.

For Eliza’s friends, the days of contentment are fading before the gathering dusk of war. And when a great white sailing ship encounters the English coast one foggy night, more than an era of shipping finds itself tested to the limits.

The second volume of the Tempo trilogy is Embers at Midnight, which is set in Britain, China and Singapore in the years 1937 to 1945.

This book is partly based on my biography of Australian author-adventurer Alan Villiers. See here as well for more on the extraordinary four-masted sailing vessels.