Redbill: From Pearls to Peace is a maritime history by Kate Lance, published in 2004 by the Fremantle Press. It won the Western Australian Premier's Book Award 2004 for Non-Fiction.


Redbill is the true story of a sailing boat's voyage through a century of Australian history. She began life as a lugger owned by the buccaneering pearling master Captain Gregory, then as naval vessel HMAS Redbill, she was bombed in the Pacific War by the Japanese.

She worked for Greenpeace, raised funds for East Timor refugees, and reunited a young Aboriginal man with his family. Finally Redbill took on an epic voyage around Australia, to return to the North-West and face her greatest challenge yet: Rosita, the most powerful tropical cyclone to hit Broome in ninety years. 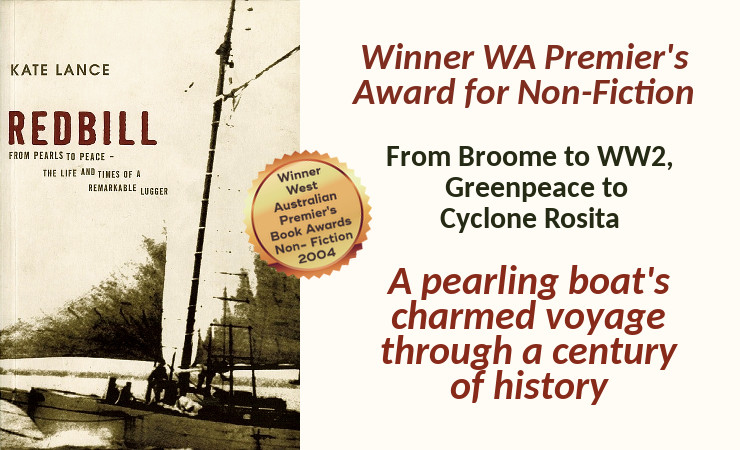 ‘Lance has presented the biography of Redbill with quiet passion and exquisite detail.’

About Redbill: From Pearls to Peace 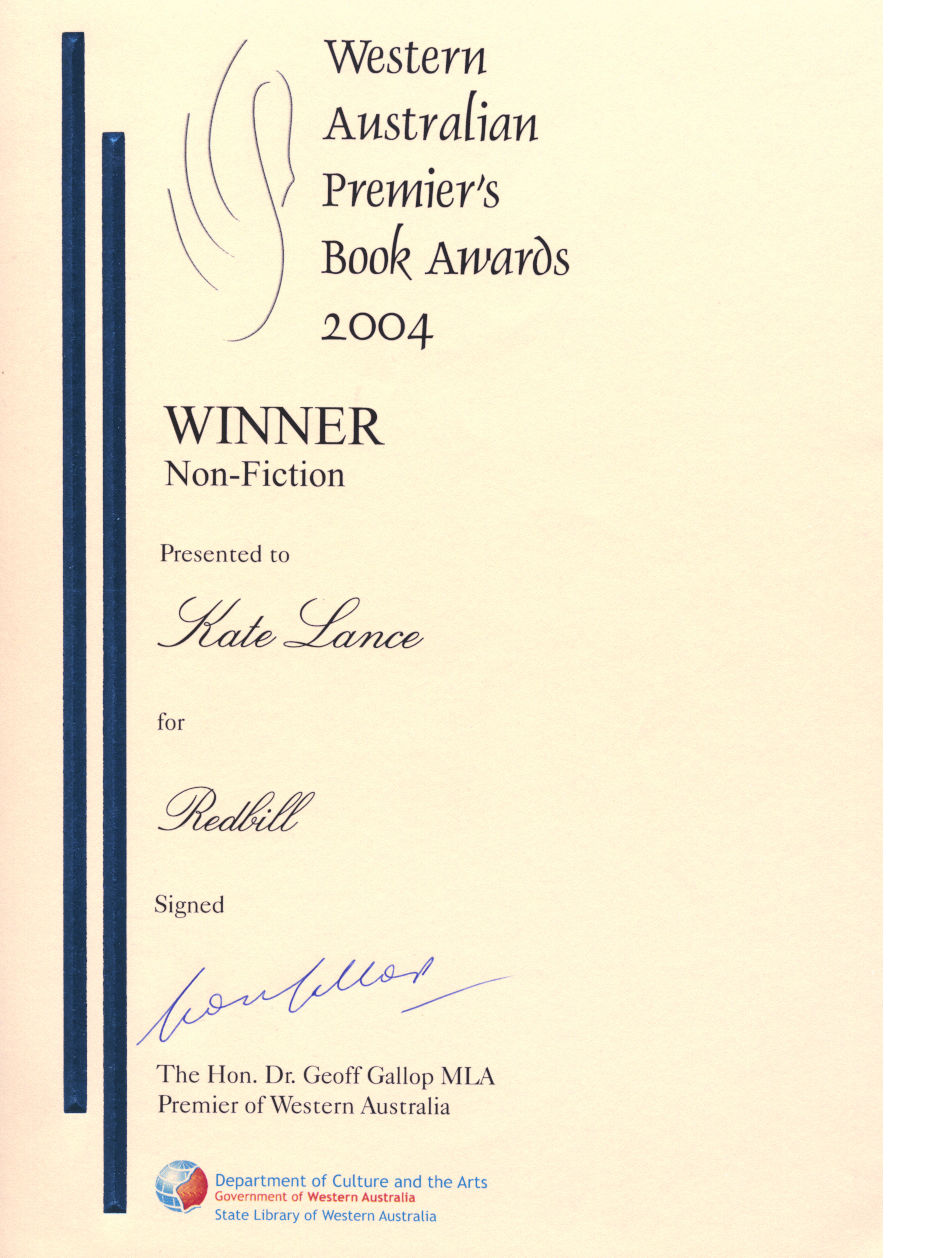 Redbill: From Pearls to Peace is a maritime history by Kate Lance, published in 2004 by the Fremantle Arts Centre Press (now Fremantle Press). On 20 May 2005 Redbill won the Western Australian Premier's Book Award in Non-Fiction.

The judges' comments were:
Built in 1903 for the Broome pearling industry, Redbill went on to an eventful life that spanned nearly a century and some major historical events. It was requisitioned by the navy during World War II, took part in Greenpeace protests in the Pacific, and was used to raise funds for the East Timorese. At various times it was crewed by troubled teenagers, crocodile farmers, ecologists and others who all fell under its spell. One of those captivated was Lance, who chronicles with warmth and affection its remarkable adventures.

In February 2004 the Fremantle Arts Centre Press published my manuscript Redbill, the story of a wooden boat meandering through one hundred years of history, from pearling to WWII, from Greenpeace to a devastating cyclone.

The book had a strange beginning. I originally trained as an astronomer, but became involved in Internet system administration in the late 1980s. I was taking time off in 2000; burnt out, and doing yoga for a bad back. One day my teacher Tim Oddie mentioned his time on Redbill and I became fascinated by the story.

I originally planned to write up just a little of the lugger's history, but once I discovered the pleasures of archival research I was hooked, and the book was the result. It was a fantastic experience.

The FACP did a lovely job of the book, but its format meant that it was not possible to reproduce the photos as clearly as the originals. Many of them are of great historical interest, so I've put copies on this site with better detail and in colour where possible. (Note, these images are here for information only and their copyright remains with their owners.)